Posted on Jun 3, 2014 by Oriel Colwyn in Past Exhibitions 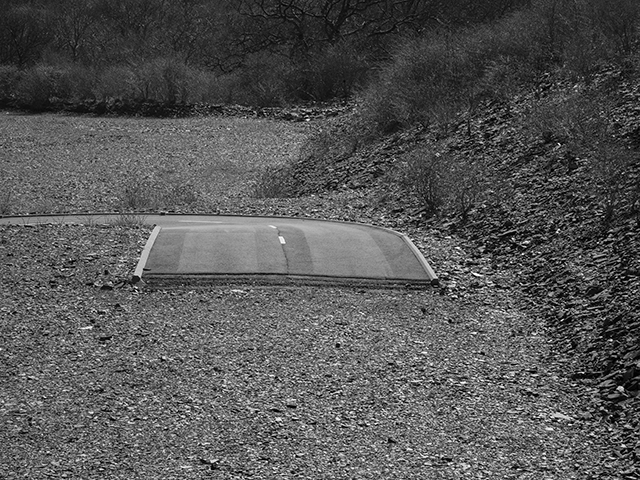 Alan Whitfield grew up in an industrial Northern town, in the 80’s the industry left.

His work looks at how British industry underwent a lasting transformation during the 1980s as a result of new government policies.  The Thatcher administration then advanced the concept of ‘The Industrial Estate’, which became a popular concept that every town wanted.

As an island, there is only so much small industry our infrastructure can support. Often when an area receives European funding, it is designated as an inhabitable Brownfield Site renovation scheme. Such official terminology can be perceived as disingenuous and becomes a metaphor for deprivation.

This ongoing project documents places where the industry has long since left, or never materialised despite the optimism of planners.