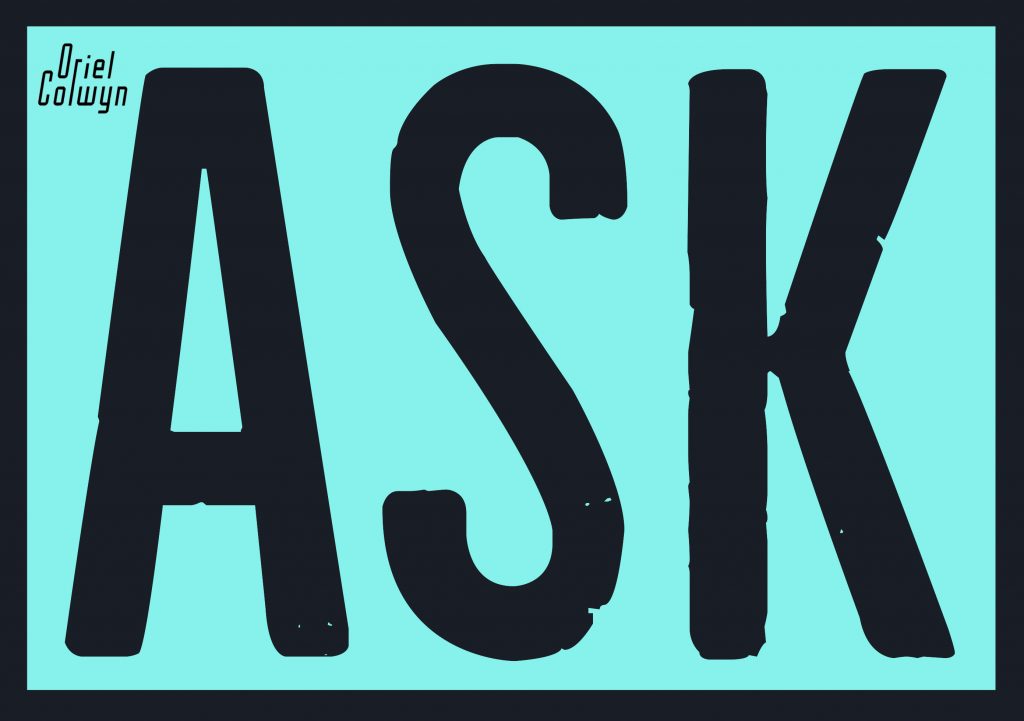 Do you have a question for someone working within the field of photography?

In a new (possibly madcap!) venture we have lined up a diverse set of photography based guests and we invite you to submit questions for them.

We are excited to offer a platform that allows you to ask your questions directly to the guests. Maybe you have a question about a certain project or photograph? maybe it's a question about technique, working style or process? possibly even a simple 'how to' or 'why?'

Here's your chance to ASK...

Send in a ‘Video Selfie’ of you introducing yourself and asking a question to the week’s guest. (We did warn you it was a bit bonkers but we would love to see you asking the question!)

Our guest will then answer as many of your questions as possible via their own Video Selfies.

*To keep things simple, we are happy to accept questions filmed on your phone - if using your phone, please can you film in landscape mode using a tripod or steady surface and ensure you film with light falling on your face – window light is perfect for this.

*To keep things flowing, the questions and answers will be assembled then uploaded to YouTube.

*To keep things fair, please can we limit this to one question per person, per guest.

Send your video questions in via email, Dropbox or a free file transfer service like WeTransfer to: submit@orielcolwyn.org

As each new guest is announced, you will have 2 weeks, to submit your questions.

New guests will be announced regularly as we progress. 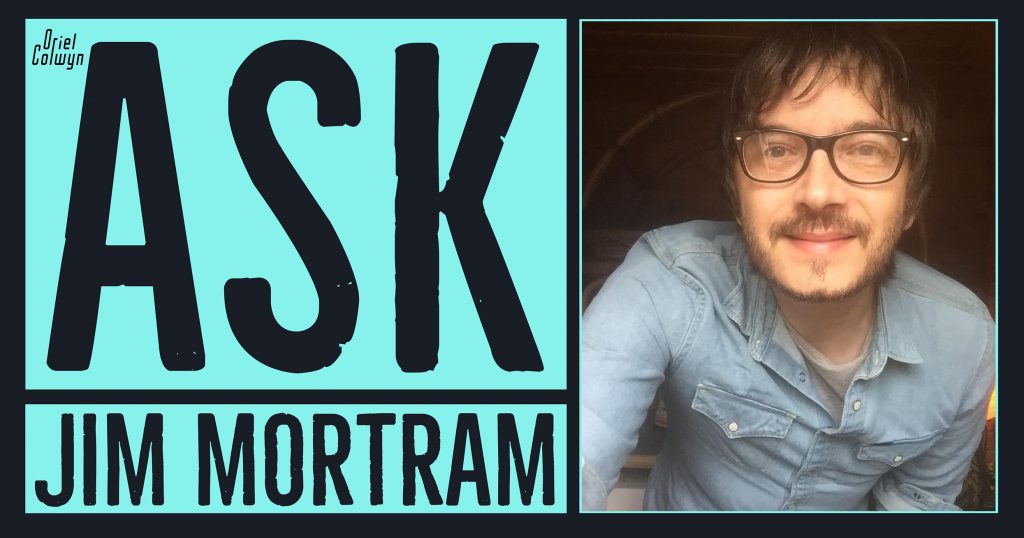 About - Jim Mortram is a carer, living in his family home, looking after his Mother. For over a decade Jim has been working with his local community, amplifying the stories of those, like his own family, that have been affected by Austerity.

Bluecoat Press published ‘Small Town Inertia’ in 2017, book 2 is coming soon. The stories of those Jim works with to document endurance of Austerity have been published & exhibited globally. They formed a powerful, moving addition to our first Northern Eye Photography Festival in 2017, they are images and stories we will never forget.

"Ask me anything, could be process, long form story work, context, writing, relationships, interview techniques, building a strong community, understanding your own ethics and adhering to them or navigating the emotional stresses of being highly involved with the lives of those you photograph. I look forward to your Q’s." 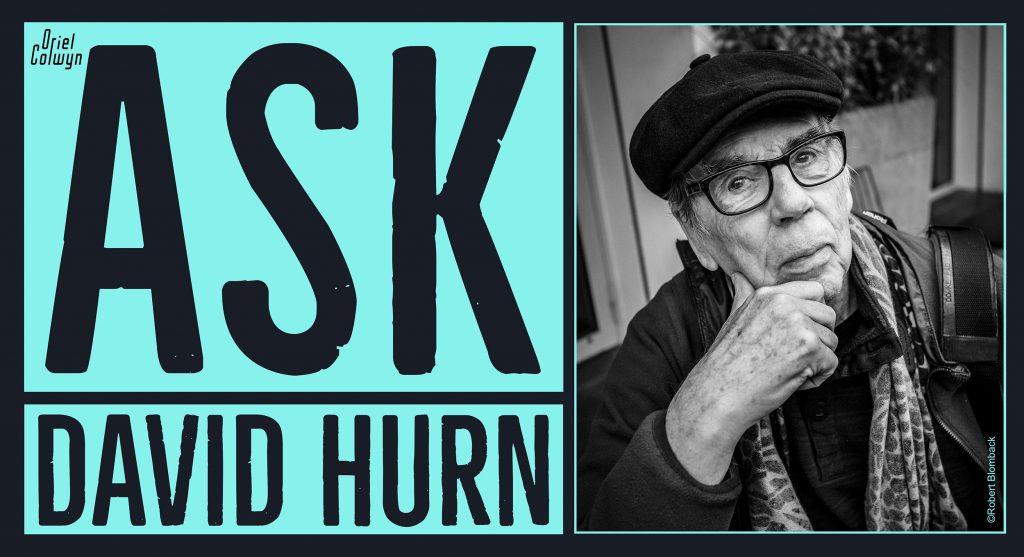 About - David Hurn established his international reputation with his intensely personal coverage of the late 50’s and 60’s. He became a full member of Magnum Photos in 1967.

In the 70’s he returned to his home country Wales to explore what the word culture meant to him. To this end he planned a trilogy of books, dealing with the way the Welsh live, who are its people, and the landscape.

In 1973, David set up the famous School of Documentary Photography in Newport, Wales. He resigned in 1989. His book, written with Bill Jay, On Being a Photographer, is on the reading list of most American university photography courses.

David works from his home in Tintern shooting a few selected stories, working on his archives and being in contact with the world’s major museums and collectors.

In October of this year, at the Carnegie Hall New York, he will be awarded the highly prestigious Lucie award for Documentary photography 2020. 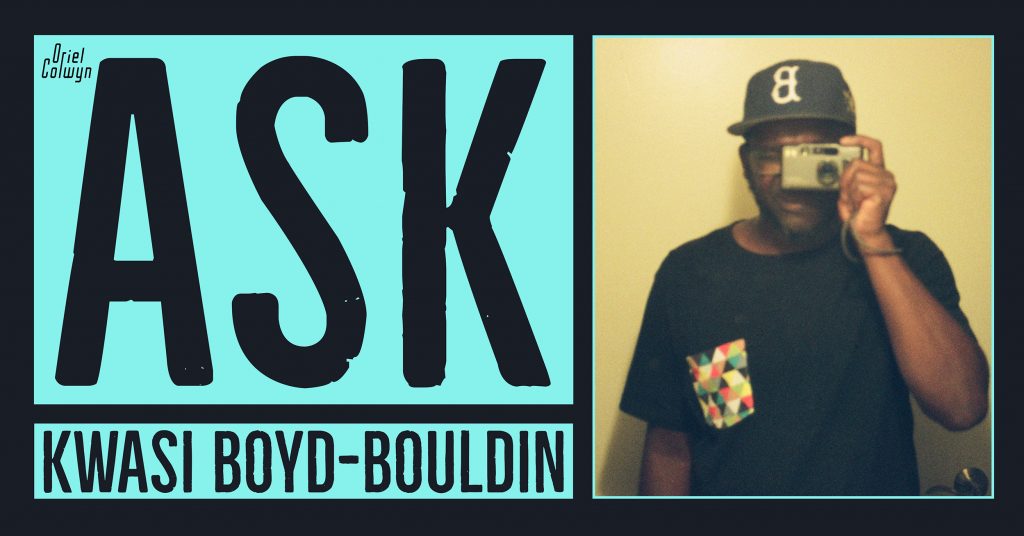 About - For over a decade, Kwasi Boyd-Bouldin has been photographing the urban environment in Los Angeles.

We were pleased to have been able to include his work back in our first Northern Eye Photography Festival in 2017 and thrilled to invite him to answer your questions as a part of the ASK series.

Kwasi's work blends elements of landscape, documentary, and street photography to present a side of L.A. city life that’s foreign to the unfamiliar. The experience of growing up in Los Angeles is the foundation for his photo essays, sharing a perspective that is often missing from the mainstream narrative.

We have been eagerly following both his ongoing work 'Quarantine Dreams'  and  Hindsight 2020 which document Los Angeles during the lockdown, uprising, pandemic, tragedy and  everyday struggle in 2020.

"Using a street level perspective to document this reality has almost unlimited potential. Life out here isn’t a game, it’s easy to seek out the spectacular but much harder to document what’s real."

In 2017 Kwasi was included on Time Magazine’s list of 12 African American Photographers to Follow and was featured on the New York Time’s Lens Blog. In addition to taking part in several exhibitions, Kwasi regularly contributes to Curbed Los Angeles and has several other clients including KCET and Netflix. 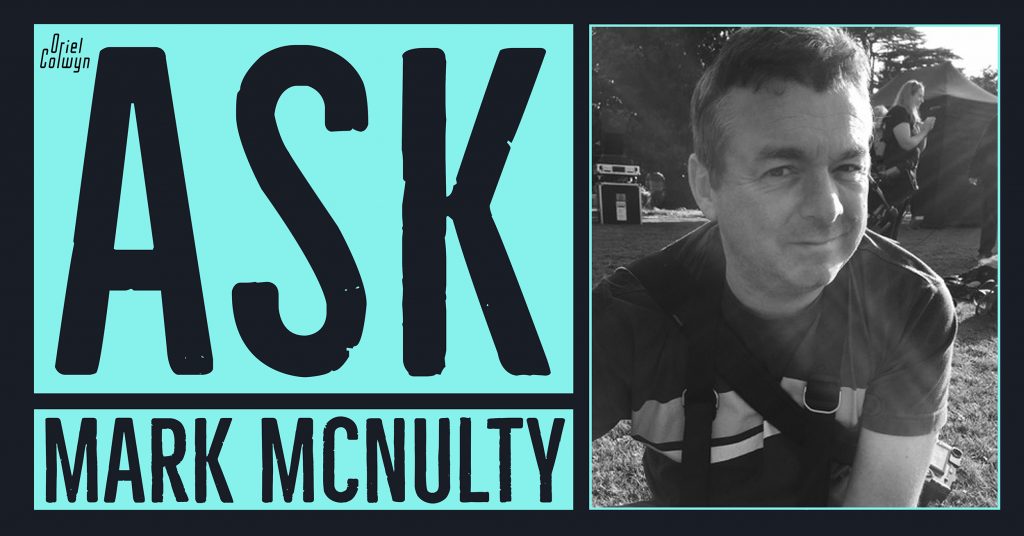 About - Mark McNulty is a portrait and documentary photographer who has been shooting professionally for around 30 years. He lives in North Wales but goes where the commissions take him. Much of Mark's work has been in Liverpool, and he still undertakes lots of work in the city, but also work right across the UK and further afield when needed.

Music and arts documentation have never been far from his cameras but he's lucky enough to get to work across all kinds of different sectors. With music and pop culture playing a central role in much of his work, he has been commissioned to shoot numerous magazine and record covers.

Mark exhibited early photographs from the band Portishead at last year's The Northern Eye Festival to celebrate the 25 year anniversary of the release of their album 'Dummy'. Alongside his band and gig photography Mark's other work includes university and school prospectus', ad campaigns for agencies and marketing photography for clients as diverse as tv companies, museums, tourism agencies, political parties, hospitals, music festivals, arts organisations and numerous brands. He can work in a very fly on the wall reportage style way or as part of a team with art directors on carefully constructed shoots.

Mark also works on lots of personal projects, both in video and stills and welcomes any questions on any parts or styles of his photography, including music, arts, commissioned or personal.