Brian David Stevens – They That Are Left

Posted on Aug 20, 2016 by Oriel Colwyn in Past Exhibitions 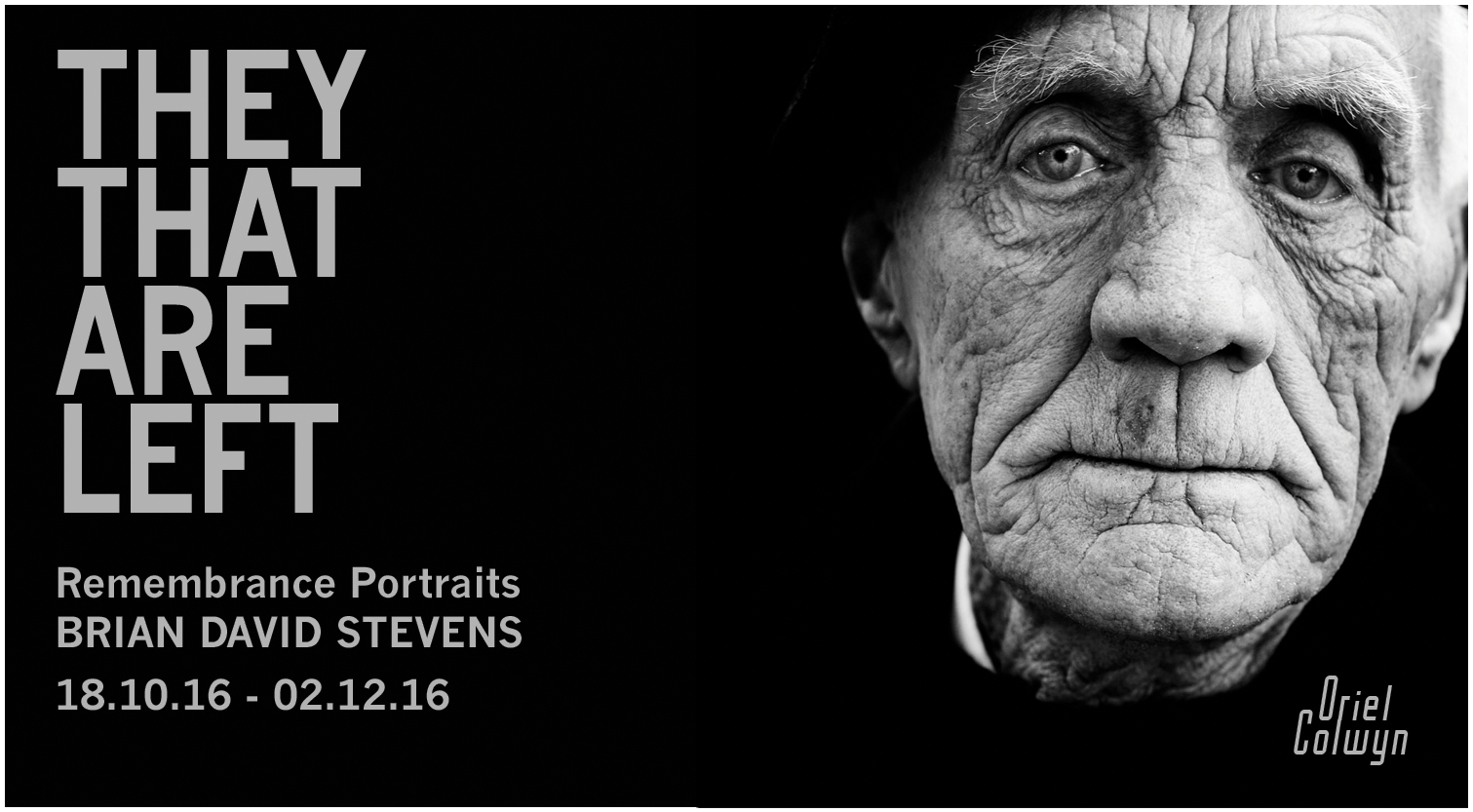 "...They shall grow not old, as we that are left grow old.

Age shall not weary them, nor the years condemn.
At the going down of the sun and in the morning
We will remember them..."

from Laurence Binyon's 'The Fallen' (first published in The Times, 21st September 1914)

"They that are left..." : 'Remembrance' portraits.

In 2002 photographer Brian David Stevens headed to the cenotaph on Remembrance Sunday to take pictures of the war veterans who gathered as part of the commemorations which are held across the UK in honour of those who died in wars and conflicts.

This exhibition is the result of a ten-year project photographing war veterans each Remembrance Sunday following the Cenotaph ceremony, from 2002 to 2012.

Brian said, “The passing of time is an important part of the project, it is only a 10-day shoot, but spread over 10 years, from 2002-2012, it becomes something different.

"Each year they are older, and as they do indeed grow old, as age does weary them and as the years do now condemn them more to what they still remember than to our truly remembering what they fought for (which is very simple : us), they thus become unknown."

"These faces then are as of unknown soldiers: no cap badges, no ribbons of spooling medals, no insignia for military rank. Faces, only. Each deep-etched with who they are and what they did, that we might look, and think -- and thank them."

“Just straight at the camera, please,” is the only instruction photographer Brian David Stevens gave the veterans he photographed.He watched as they took a breath and paused, and then he tried to capture the moment their minds drifted to the past.

“The events of the past are on the forefronts of their minds. That affects the portraits. I always like photographing people when they are thinking about something,” Stevens said.

Each November from 2002 to 2012, Stevens set out to the Armistice parade on Remembrance Sunday in London with one camera, one lens, one backdrop, and one goal: To honor veterans with a uniform and democratic approach.By reducing equipment and technical clutter, Stevens said he could focus on placing veterans in just the right light, in his project titled: "They That Are Left."“Simple and honest portraits - that’s kind of the point. They don’t need any additional lighting,” Stevens said. “The strength of the face is enough.”This simple set of rules to follow is due to the influence of Danish film director Lars von Trier and the Dogme 95 film-making movement.

Stevens was not interested in which conflict a veteran served, or their rank, or actions. He simply wanted to photograph those who served.Of the older veterans he said: “The lifestyle that we all enjoy today is because of them. They are the ones that went out to fight fascism, and that was a very brave and good idea,” Stevens said. “I don’t think that generation was thanked enough. This project is sort of a way for me to thank them, and I wanted it to be quite democratic.”

The reason he omitted the names of the veterans, or their ranks or particular conflict, was to create space for viewers to meditate and imagine for themselves.“I didn’t want to put people in order of importance just because they were put in a situation where they had to act bravely,” he said. “Everyone involved acted bravely.”

The removal of color from the images is another element that makes the portraits simpler and removes anything that could obstruct or distract the viewer from the uniform approach.

“People want to be recognized for this and it’s nice to be able to give people a platform and recognize them for the sacrifices they gave.”After the second year of shooting portraits during the parade, Stevens decided he would work on this project for a total of 10 years. During that time only two people did not want to be photographed.Stevens said he hopes his project will inspire kids to be more curious and understanding of their elders, particularly those that served their country in the military.

“When people are stuck behind an older person going slowly, instead of getting angry about it, maybe they’ll think about what they’ve been through.”The strong positive response to the work is "humbling," said Stevens. "(The veterans) are the stars, I just push a button.”

Brian David Stevens is a photographer based in London UK. He has been published and exhibited worldwide.

Oriel Colwyn is proud to facilitate the inaugural pairing of Brian's 'They That Are Left' with Marc Wilson's 'The Last Stand' to form a unique joint exhibition based around the theme of war and remembrance. 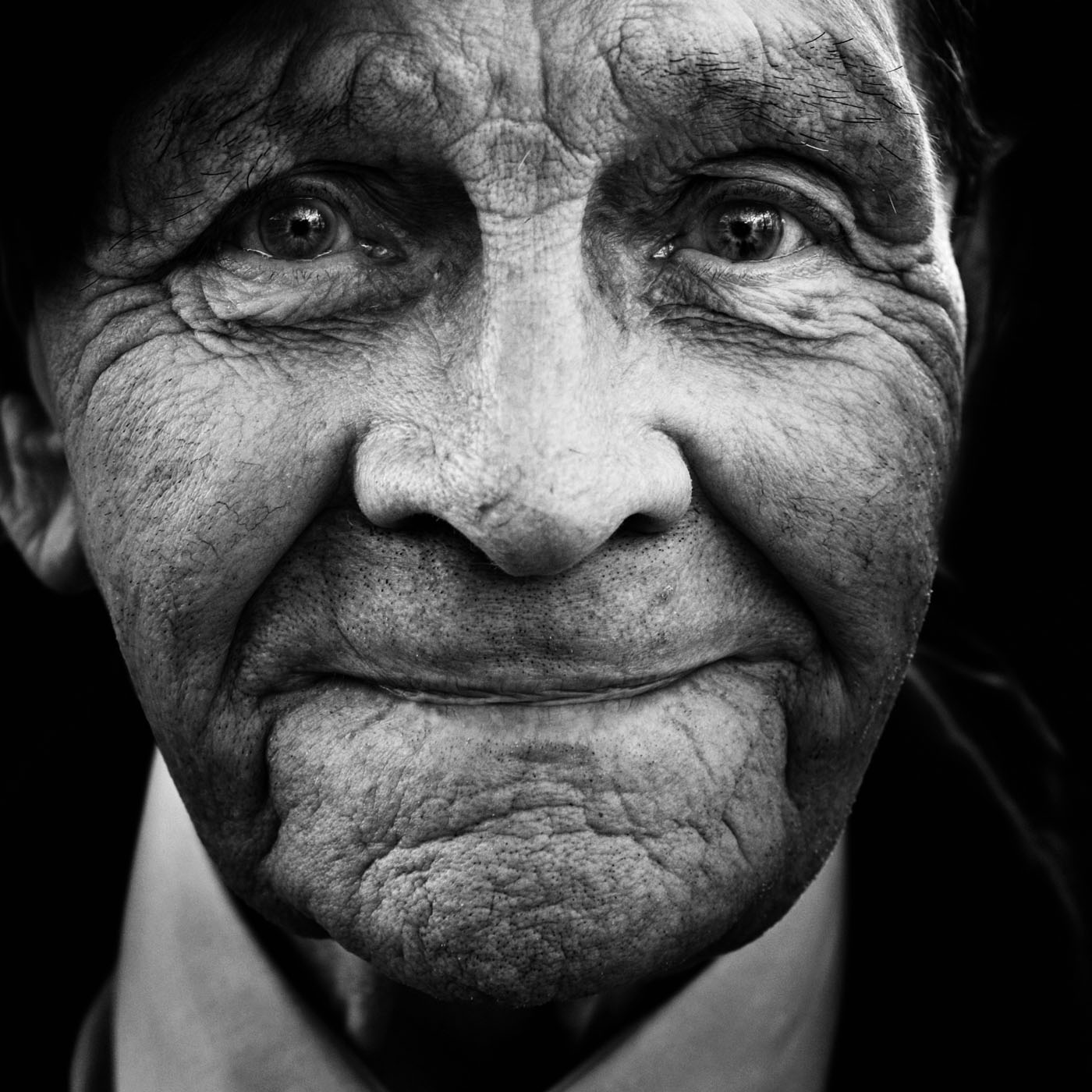 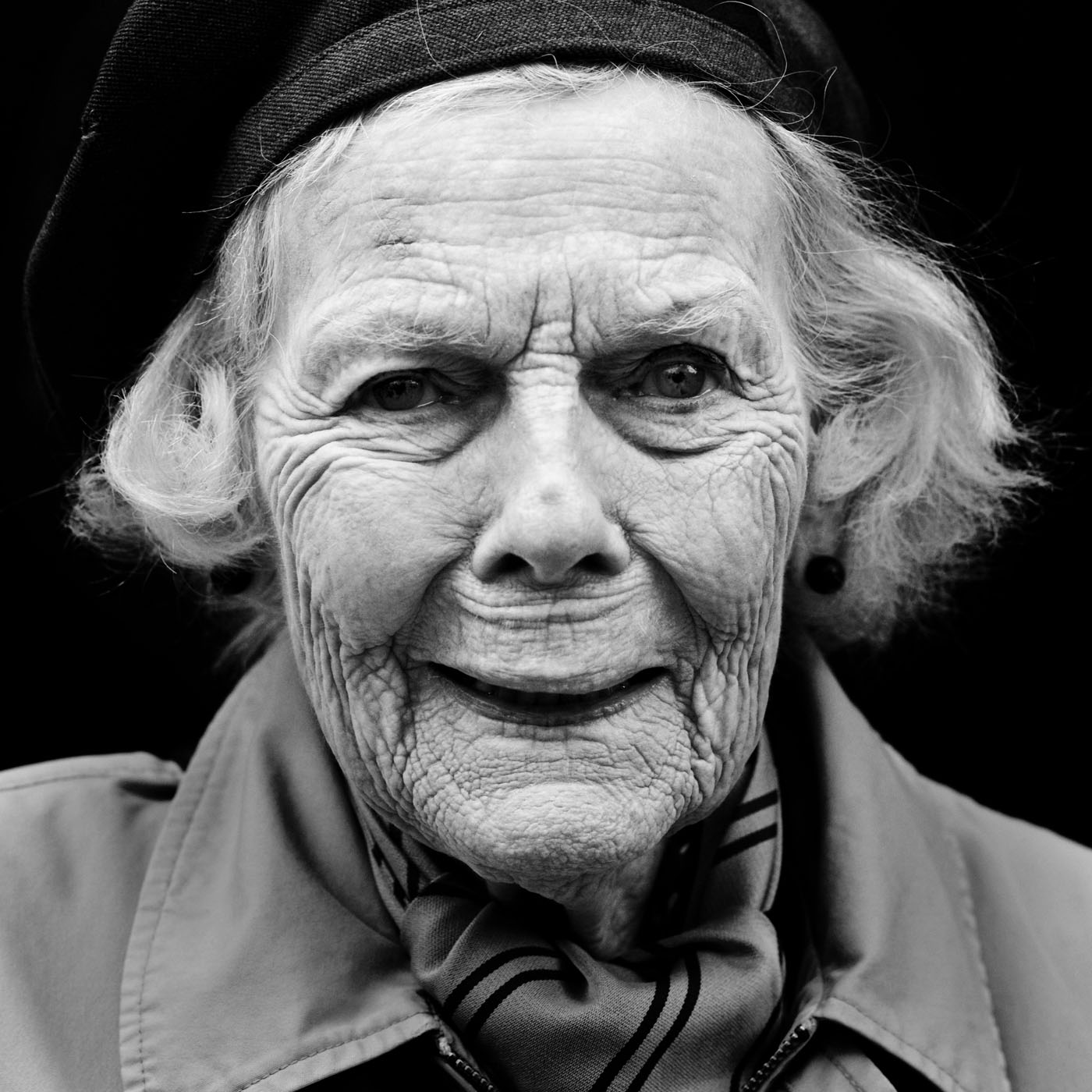 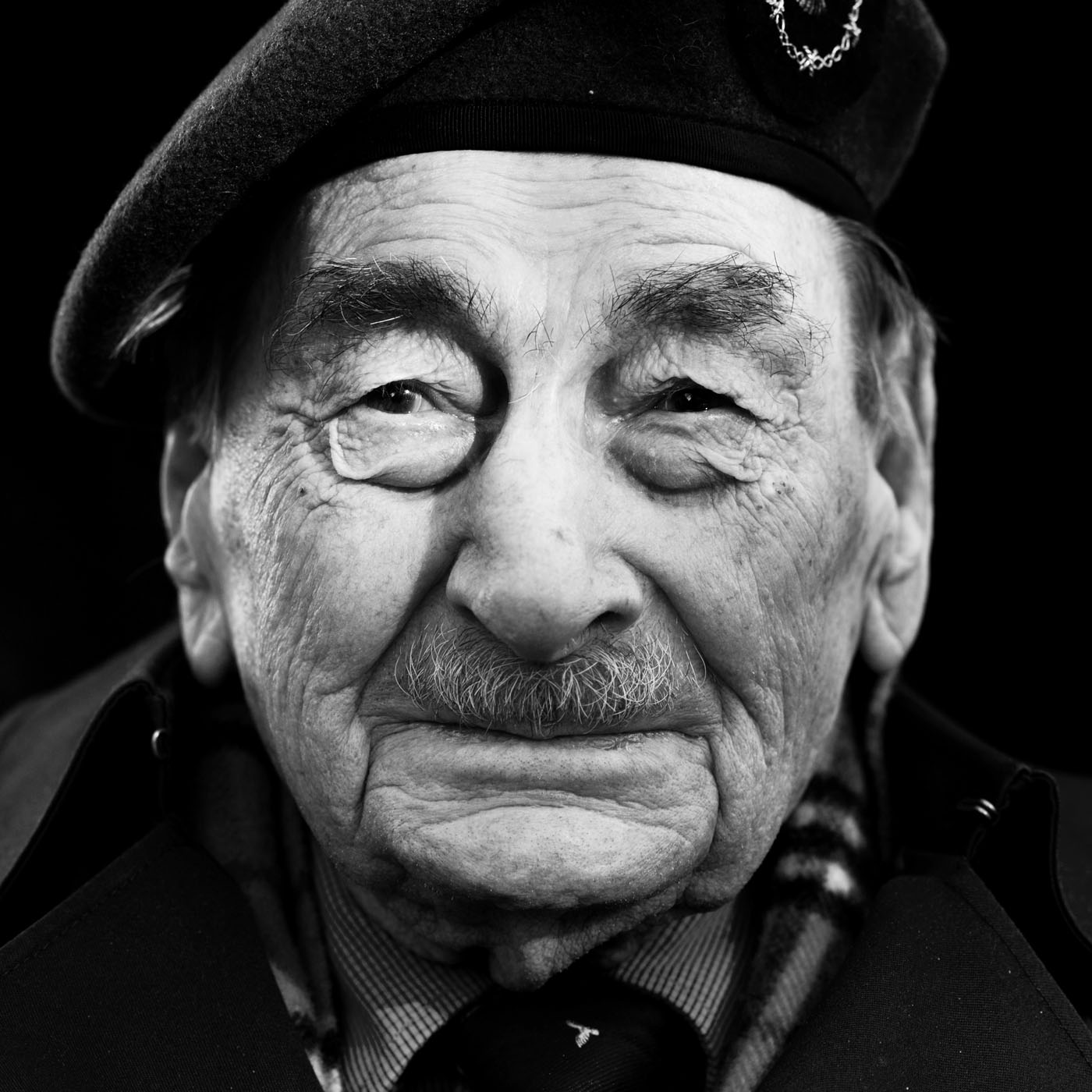 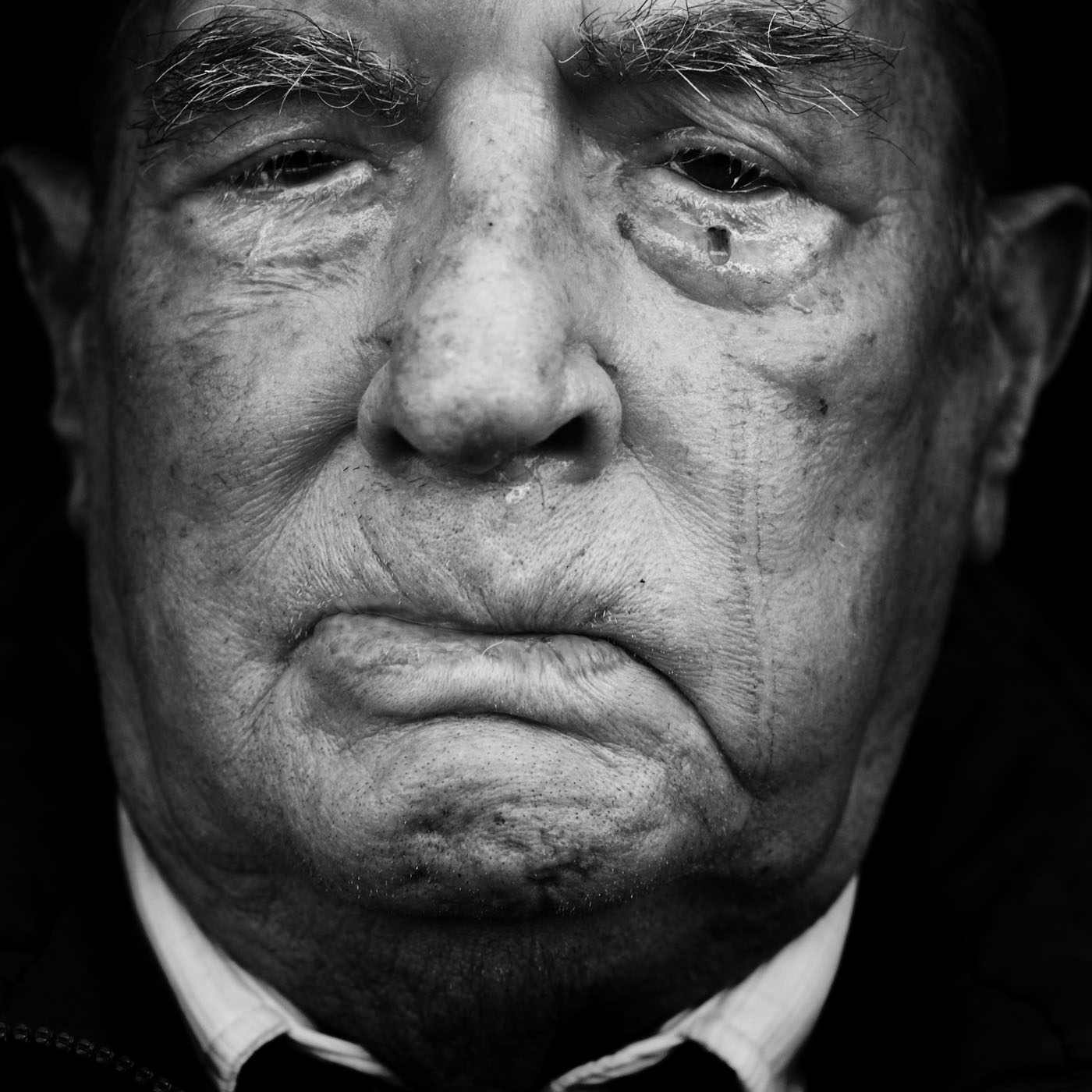 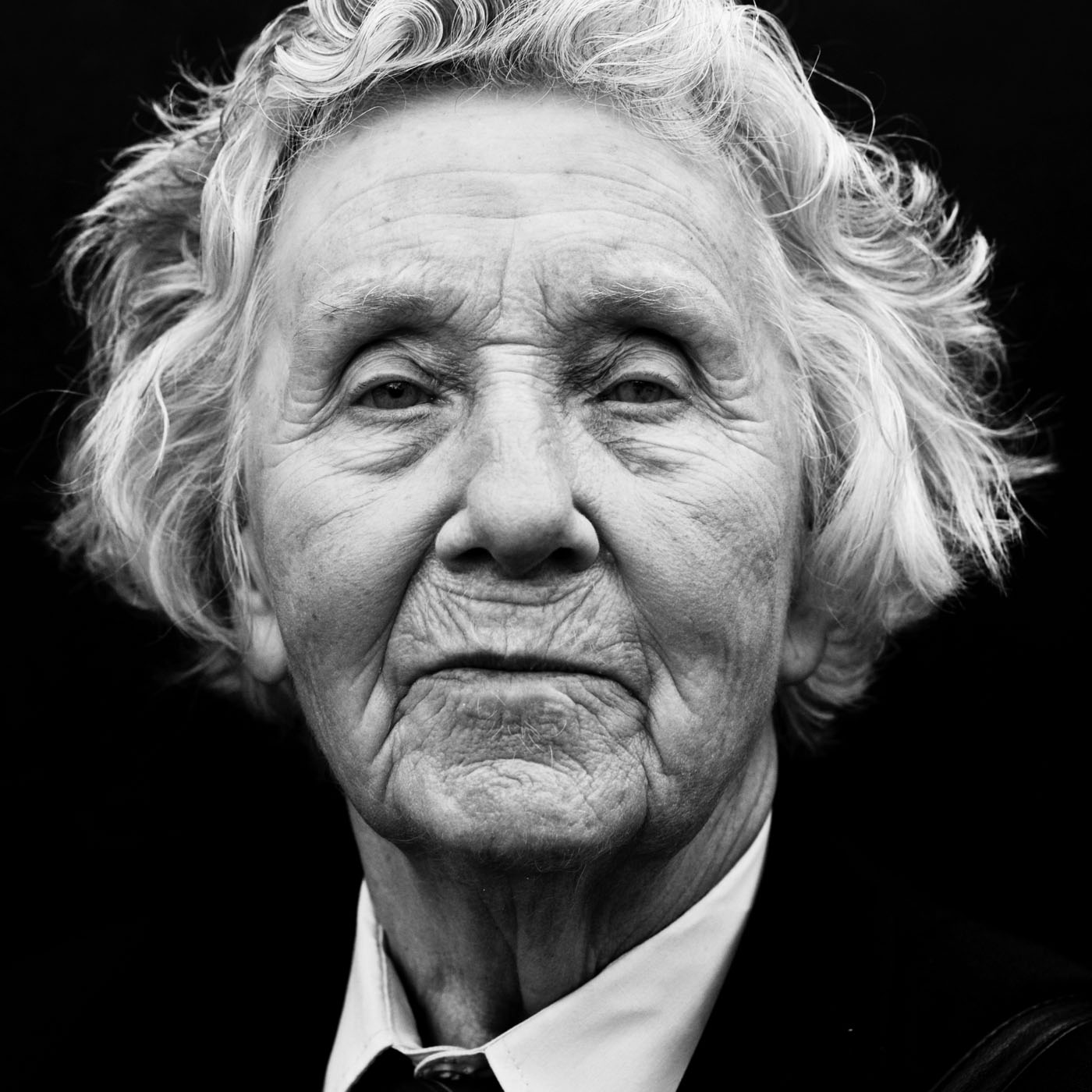 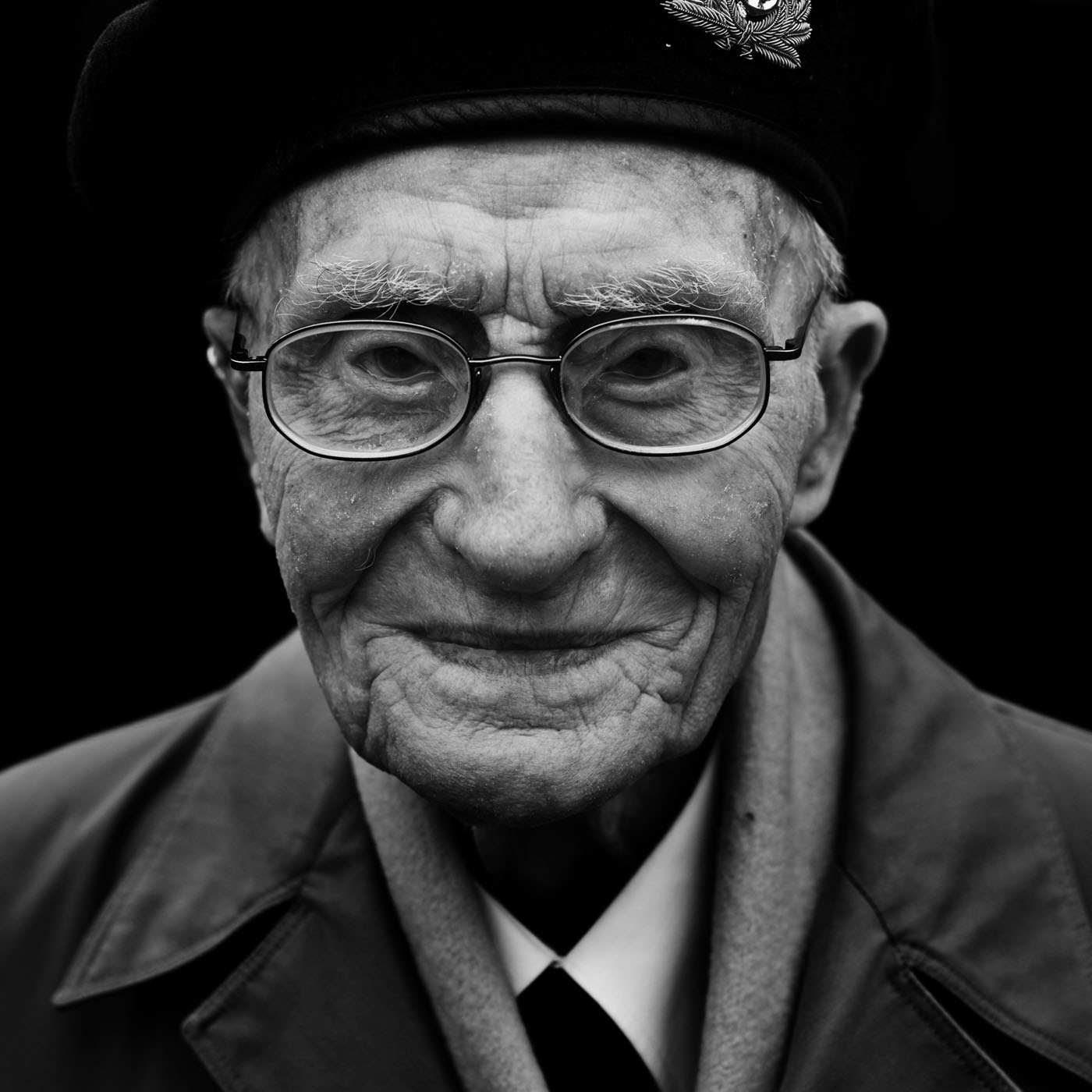