Ron McCormick – Dayz Out in Porthcawl

Posted on Nov 19, 2019 by Oriel Colwyn in Past Exhibitions 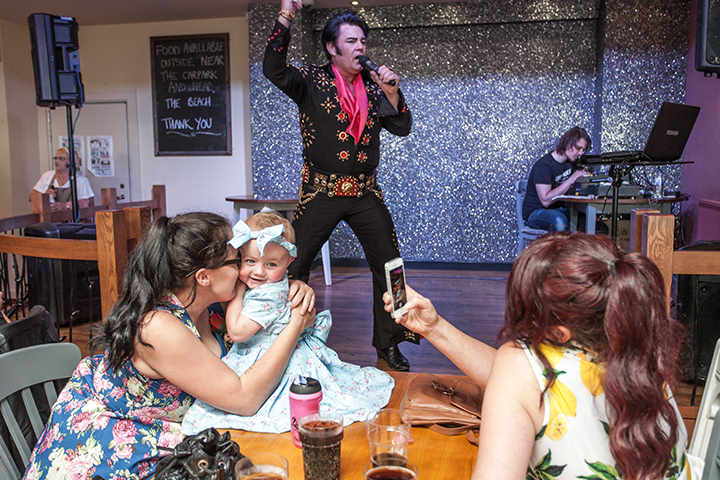 The British obsession with the seaside lives on in the valleys towns of South Wales. Whether it is Barry Island or Benidorm, for the ordinary folks of Wales there is a compelling desire to have a great day out and, a night on the tiles is a powerful incentive to help one cope with the drudgery of every day life. A day out (or 6 or 7) at the seaside with your family is a welcome escape. Doing it with your mates and a chance to dress up is an added bonus. 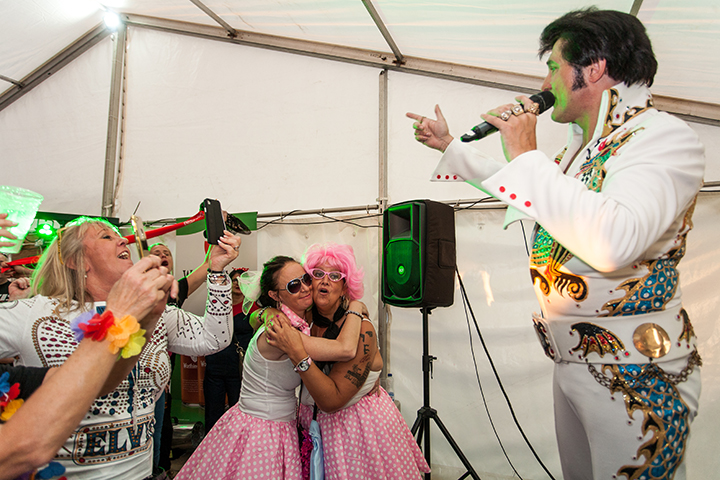 Ron McCormick has been photographing the British seaside off and on for nearly fifty years and first exhibited some of that work in 1973 in a two-man show (with Josef Koudelka) about the Essex seaside resort of Southend on Sea. 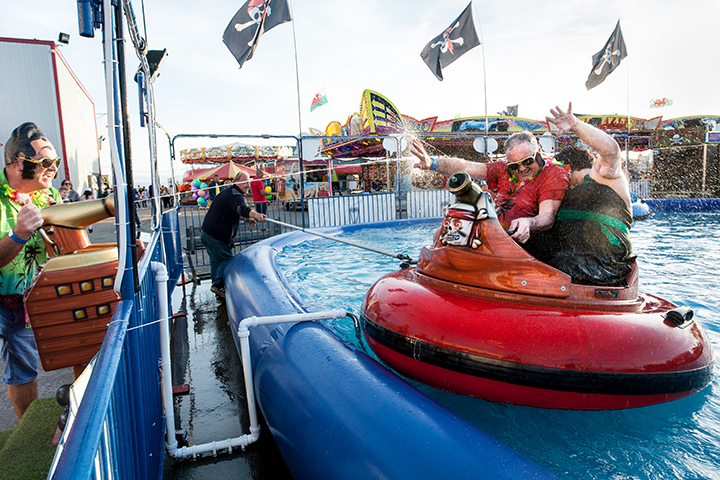 This current Work in Progress mini show returns to the theme with a selection of pictures made in Porthcawl over the last three years and takes in “girls nights out”, “the cult of Elvis” and “a family day at the seaside” overlaid with a whiff of hedonistic celebration that mirrors the extravagant indulgence of Blackpool, Brighton and Bognor. 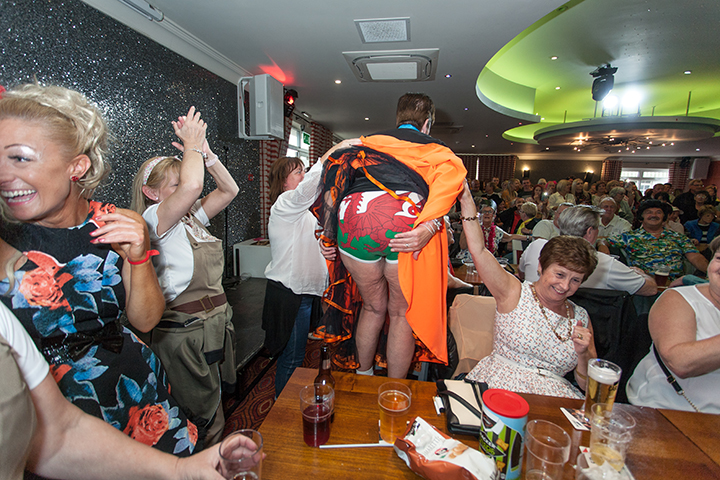 Dayz Out in Porthcawl - Ron McCormick

Dayz Out in Porthcawl was originally shown as part of The Northern Eye Festival and with the kind agreement of Ron, remains in place at the entrance to Oriel Colwyn until the end of December.

McCormick is widely known for his social documentary photography of Whitechapel in the 1970's and for his critical approach to the urban landscape as seen in his work The Wasteland. Currently he has a major solo exhibition about the the changing landscape of the South Wales Valleys following the decline of Coal and Steel; HOW GREEN WAS MY VALLEY is at the Newport Museum & Art Gallery until March 14th 2020.

Ron McCormick trained as an artist at Liverpool School of Art and the Royal Academy Schools in London before moving across to photography. He played a significant role in the formation and development of photography galleries across the UK in the 1970’s - including Half Moon Gallery in London, Side Gallery in Newcastle upon Tyne and the original Ffotogallery in Cardiff.

Ron taught on the Newport Documentary Photography course alongside David Hurn and established ‘The Newport Survey’ publication that students worked on as part of their studies - produced over a decade in the 1980’s . He was one of the first photographers to be commissioned by Ffotogallery to produce work for the highly regarded ‘Valleys Project’ in the 1980’s and his documentary work of the changing landscape and communities in the south Wales valleys as coal mining disappeared in the region is considered to be some of the best produced.

HOW GREEN WAS MY VALLEY at Newport Museum & Art Gallery