Before They Were Fallen – Louis Quail

Posted on Oct 7, 2015 by Oriel Colwyn in Past Exhibitions 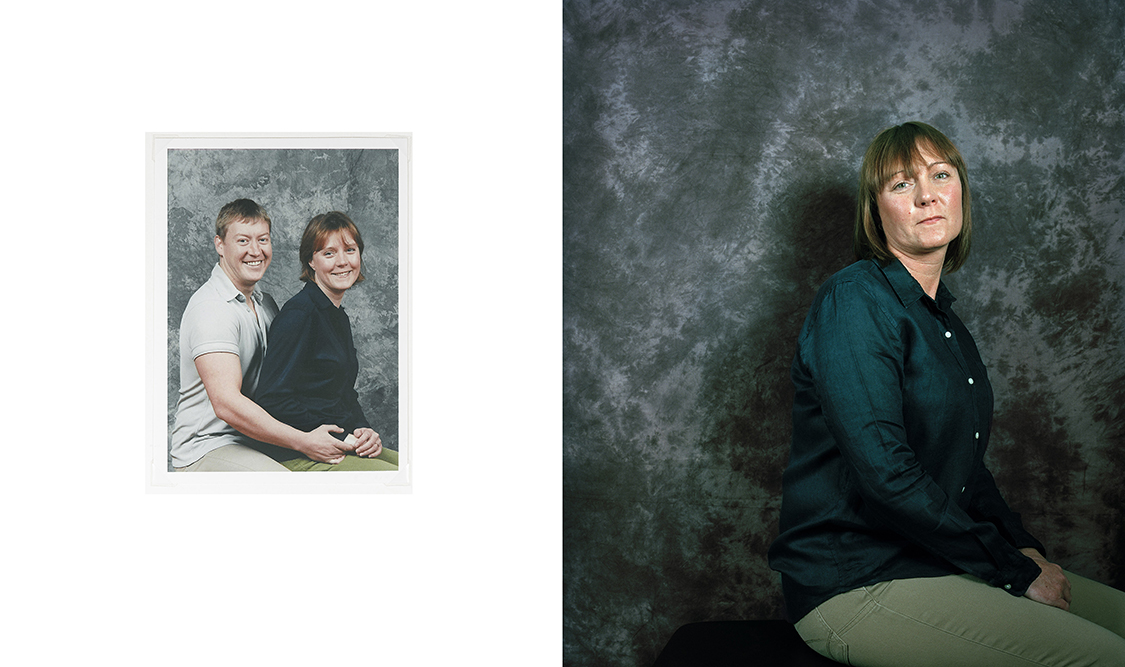 BEFORE THEY WERE FALLEN

In October 2014, British troops finally withdrew from Afghanistan. 453 soldiers lost their lives during the thirteen-year campaign and over that time we, as a nation, became used to the faces of the fallen flashing up on our screens and in our newspapers; images of their coffins being carried from planes and through towns lined with mourners. For the vast majority of us, those faces will now have faded in our consciousness, but for the families and friends of those Fallen, there is no fading and no forgetting.

Before They Were Fallen deals with remembrance. Through intimate photographs and powerful testimonies this project honours the sacrifice of the soldiers, but also that of those left behind to deal with their loss.

The central concept of the work is the recreation of a family snap. The pair of pictures; the original (Before They Were Fallen) and the recreation, which shows a space where the soldier should be, together challenge the viewer to compare the past to the present and the reality of their absence.

This approach to the image alongside sensitive interviews of each participant by journalist and author Katy Regan, offers an alternative to traditional remembrance, remembering soldiers as individuals; somebody’s son, daughter, father, husband, brother or comrade.

A few participants were also invited to nominate several, often ordinary, objects that had particular resonance for them in connection to their ‘fallen’ loved ones and using large format photography Quail has revealed the items afresh drawing attention to their now, extraordinary significance as artefacts.

Before They Were Fallen was first shown at Four Corners Gallery, London, between Monday 14th and Saturday 26th September. Continuing to Oriel Colwyn Gallery, North Wales, November 5th to December the 5th 2015 (with a special viewing arranged for Remembrance day) and then on to FOTOSPACE Gallery, Fife Scotland, 18th January - Saturday 27th February, 2016

A successful editorial and commercial photographer for many years, working for some of the UKs best know brands: e.g. Sunday Times; Telegraph Magazine; Marie Claire etc Louis has recently switched his focus towards exhibiting his work. Recent successes, such as being selected for the Renaissance Prize; several prestigious UK festival and gallery shows (including ‘Open” at Liverpool’s Open Eye Gallery May2015) and receiving Arts Council funding for the project ‘Before They Were Fallen’ reflect this new outlook. He has twice been a finalist at the National Portrait Gallery portraiture award and is held in their permanent collection. He lectures at the London Met. and is represented by Picture Tank. His website is www.louisquail.com -  follow Louis on twitter @louisquail

Katy Regan is a journalist and novelist. After working as Features Writer and Commissioning Editor for Marie Claire for five years, she left to go freelance and is a regular contributor to many national magazines and newspapers including Psychologies, The Times, Good Housekeeping, Stella magazine, Red and Marie Claire. She is also the author of four novels all published by Harper Collins; the latest being The Story of You. Her author website is www.katyregan.com - follow Katy on twitter @katyreganwrites

The exhibition was created through the generous funding of the Arts Council England.

Quail and Regan received support from a number of charities throughout their research for this project. Visit their websites to find out more or donate: