Posted on Jan 17, 2014 by Oriel Colwyn in Past Exhibitions 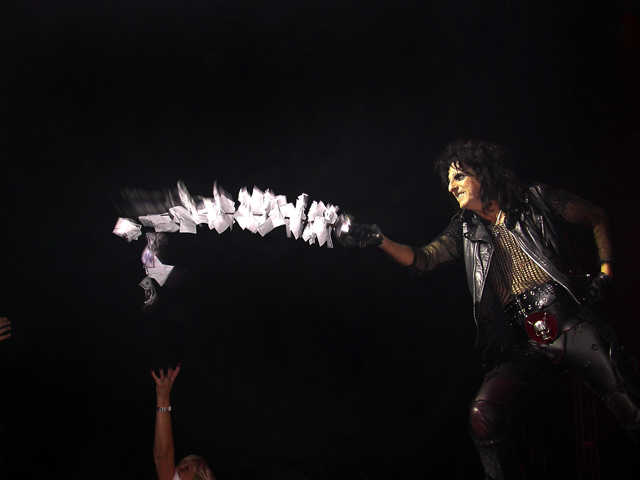 The striking images are from Mike's extensive collection of A-list music stars.

Among them are U2 frontman Bono reading his script by torchlight in the wings at the Brit awards; an intimate picture of an exhausted-looking Sandie Shaw; Godfather of Soul James Brown, the image captured in late-2006 at one the last concerts before his death in December of that year; an intense portrait of Nirvana drummer Dave Grohl, and Little Richard obviously singing his heart out while jumping on a grand piano!

The brother of Paul McCartney found fame in the 1960s and 70s when, using the stage name "Mike McGear," his band The Scaffold scaled the pop charts.

Nowadays he is perhaps more accustomed to showing his photographic studies at prestigious institutions such as the Washington Smithsonian and the National Portrait Gallery. Oriel Colwyn now proudly joins this list.

The exhibition at Oriel Colwyn runs alongside Mike touring a national one-man show across 30 venues in April and May including Theatr Colwyn on April 1st to coincide with the exhibition opening.

Click for details on Mike's show at Theatr Colwyn