Great initiative by @TyPawb who are looking to commission six artists to design Creative Assignments - Deets below… twitter.com/i/web/status/1…

RT @robs001 During the lockdown, I’m honoured to be collaborating in a photo-conversation with Christina Stohn, one of my favou… twitter.com/i/web/status/1…

RT @JackLatham The Owls are not when they seem. twitter.com/OrielColwyn/st…

POSTPONED: Parliament of Owls by @JackLatham - (winner of the @1854 International Photography Award in 2019) New… twitter.com/i/web/status/1…

Posted on Feb 3, 2020 by Oriel Colwyn in Future Exhibitions 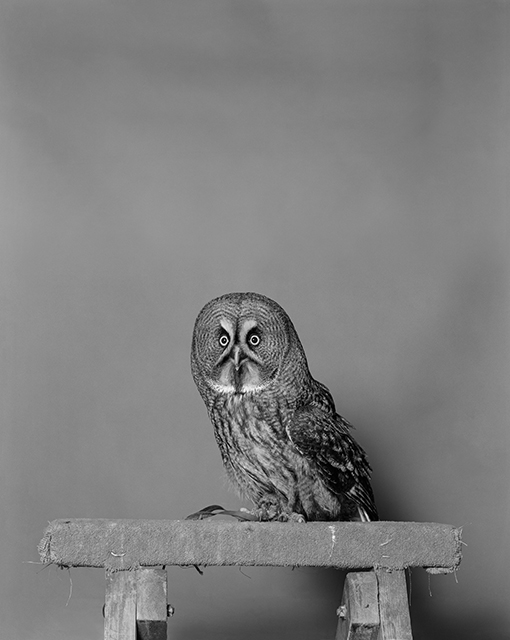 Every summer, the retreat is frequented by the political and business elite of the US. Shrouded in secrecy, the activities at the grove have become the subject of countless conspiracy theories and rumours.

In Jack Latham’s Parliament of Owls, he investigates the secrecy of the club and the wider political effects this has caused.

What happens when the country’s top lawmakers, politicians, artists, lawyers, and businessmen meet behind closed doors? What secrets are being swapped, plans being made? For years these questions have been at the root of protest groups and journalists hoping to expose the truth.

Latham takes the viewer on a journey of discovery, showcasing the town surrounding Bohemian Grove (the club’s rural outpost) and its people. 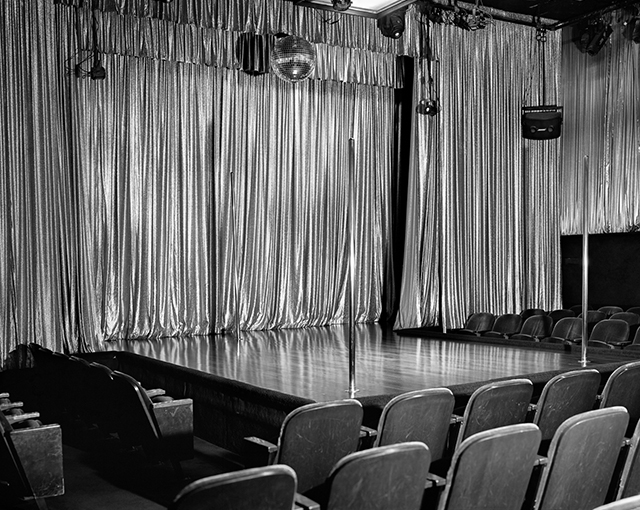 His photographs also depict the rise of Alex Jones—conspiracy theorist and founder of InfoWars—and how his break-in at the Grove in 2000 led him to become a household name with the antiestablishment crowd.

In an attempt to ‘expose the new world order’, Jones released alarmist footage of the club’s “Cremation of Care”, a theatrical ceremony in which an effigy of the members’ 'worldly cares' is burnt. 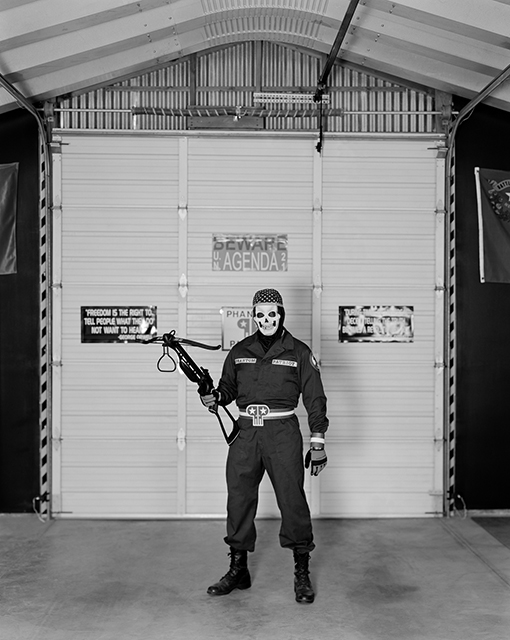 Phantom Patriot, Nevada, 2018 @Jack Latham.
Phantom Patriot was the name taken by Richard McCaslin of Carson City, Nevada, who, on January 19, 2002, attempted an attack on the Bohemian Grove after viewing Alex Jones’ documentary. He was imprisoned in California for 8 years. He now resides in Nevada and has a super hero base in his backyard which he refers to as the ‘Protectorate Outpost’

Beyond inspiring a bizarre attack on Bohemian Grove by a masked vigilante calling himself the Phantom Patriot in 2002, the release of the video footage, set within an alarmist context, was instrumental in increasing Jones’ profile as a far-right activist and subsequently spring-boarded infowars to become an influential outlet of fake news in recent US politics.

In 'Parliament of Owls', Jack Latham investigates the effects that a vacuum of information can cause.

The series gives only glimpses into Bohemian Grove, itself fuelling its mystery. Shot entirely in black and white, the series offers a view into the club’s winding path, or a photograph taken from the perspective of somebody hiding in the trees. The images are mysterious; they offer no answers of their own, and are therefore a vacuum of context themselves. 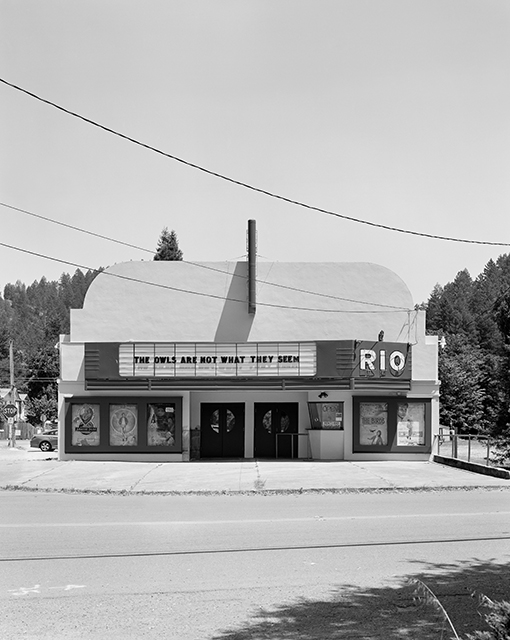 Jack Latham (born in Cardiff, 1989) is a Welsh photographer based in the United Kingdom. His work primarily focuses on aspects of storytelling throughout society. Past works including A Pink Flamingo (2015) and Sugar Paper Theories (2016) have featured in a number of solo shows which including, Reykjavik Museum of Photography, TJ Boulting Gallery and the Royal Photographic Society. Latham’s projects have also gone on to win multiple awards including the Bar-Tur Photobook award (2015), Image Vevey - Heidi.News Prize (2019).

Parliament of Owls was winner of the BJP International Photography Award in 2019.