Posted on Jun 12, 2013 by Oriel Colwyn in Past Exhibitions 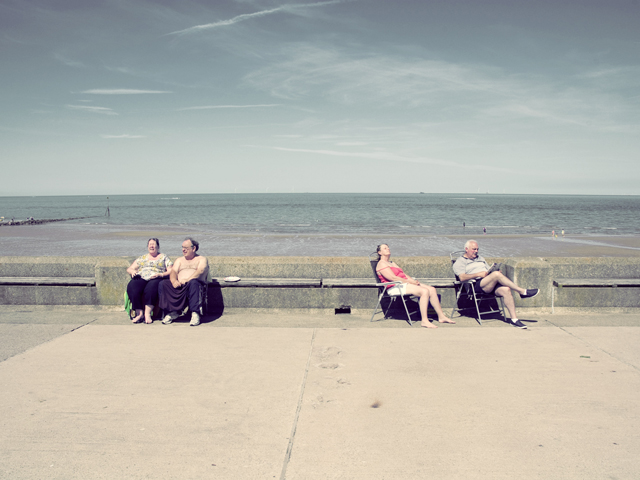 Darryl Lonsbrough's new unseen work ESPLANADE exhibits alongside his 'Along the Line' prints.

It was never Darryl’s intention to produce a photographic project in its own right during a two or three-hour period, on a Bank Holiday in May over a year ago. However, on that day he found himself walking the coastal line in Colwyn Bay North Wales; on what was a rare public holiday - in that it was a particularly hot one and in typical fashion the British public were out in force, scantily clad and taking full advantage of the favourable weather as only we know how to, and that perhaps is unique to us the British people.

Despite the ‘opportunistic nature’ of this work, Darryl feels that it is in many ways a microcosm of his wider project - Along the Line, in as much as it provides the viewer with a fleeting glimpse of the people who carry out their daily lives in amongst the backdrop depicted in Along the line. 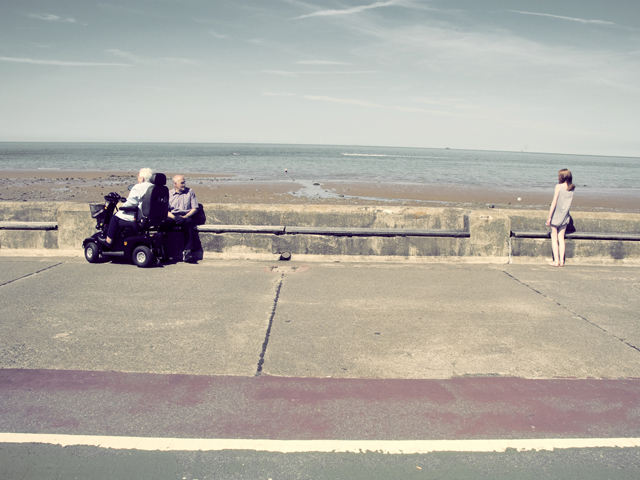 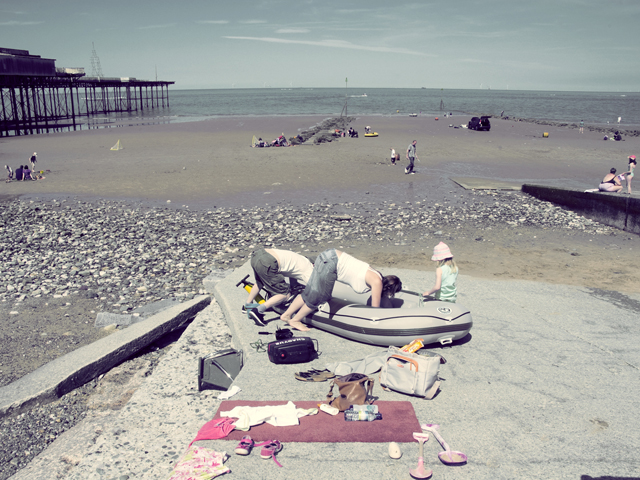 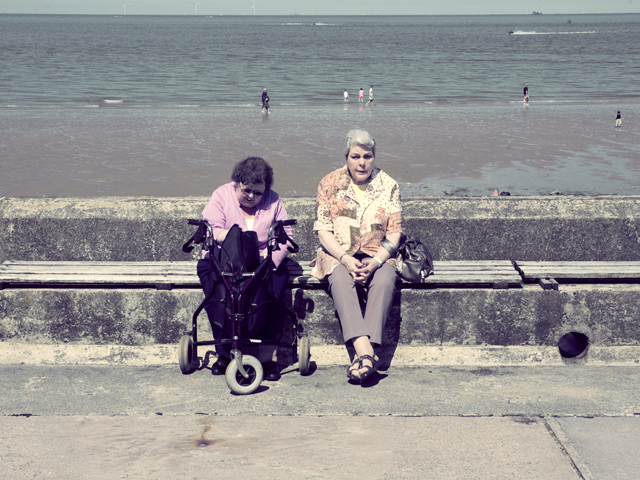 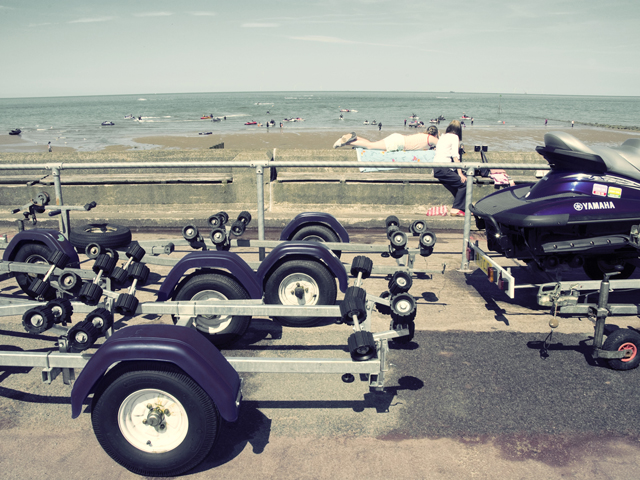